Climate Change and Challenges of the Last Ancient Dynasty of Iran: The Decline and Fall of the Sassanid Empire

Climatic events, especially severe droughts, have played a key role in cultural evolution and the challenge of civilizations. Climate change, which affects the natural resources and, consequently, the health and subsistence system of human societies, can lead to increased violence, migration, war, and the spread of epidemics. The main purpose of this study is to investigate the possible effects of climate on important events of the Sassanid era. Extensive regions of the Near East and Central Asia have been more vulnerable to droughts, which often recurred during cooling periods, due to semi-arid to hyper-arid environmental conditions. From the second half of the fifth century AD with the beginning of the cold event of the early Middle Ages, the occurrence of droughts and cold waves caused famines and epidemics. These tensions seem to have triggered many social and political events in the Sassanid realm and neighboring regions. These conditions in the sixth and seventh centuries AD caused the gradual decline and eventual fall of the Sassanid government due to Arab invasions. Historical and paleoclimate studies show that successive wars with Central Asian invaders in dry periods, and the frequent outbreak of plague associated with falling temperatures, especially following the floods of the Tigris and Euphrates rivers in AD 628, were affecting factors in the dynasty’s weakness and collapse. Besides, some civil wars and revolts, such as the Mazdaki movement, can be considered as indirect effects of climate tensions that contributed to the gradual decline of the Sassanid Empire.

🔓 © 2022 The Author(s). Published by Tissaphernes Archaeological Research Group, Tehran, Iran. Open Access. This is an Open Access article distributed under the terms of the Creative Commons Attribution-NonCommercial-NoDeriv- atives License (https://creativecommons.org/licenses/by-nc/4.0/), which permits non-commercial re-use, distribution, and reproduction in any medium, provided the original work is properly cited, and is not altered, transformed, or built upon in any way. The ethical policy of Persica Antiqua is based on the Committee on Publication Ethics (COPE) guidelines and complies with International Committee of Persica Antiqua Editorial Board codes of conduct. Readers, authors, reviewers and editors should follow these ethical policies once working with Persica Antiqua. The ethical policy of Persica Antiqua is liable to determine which of the typical research papers or articles submitted to the journal should be published in the concerned issue. For information on this matter in publishing and ethical guidelines please visit www.publicationethics.org. 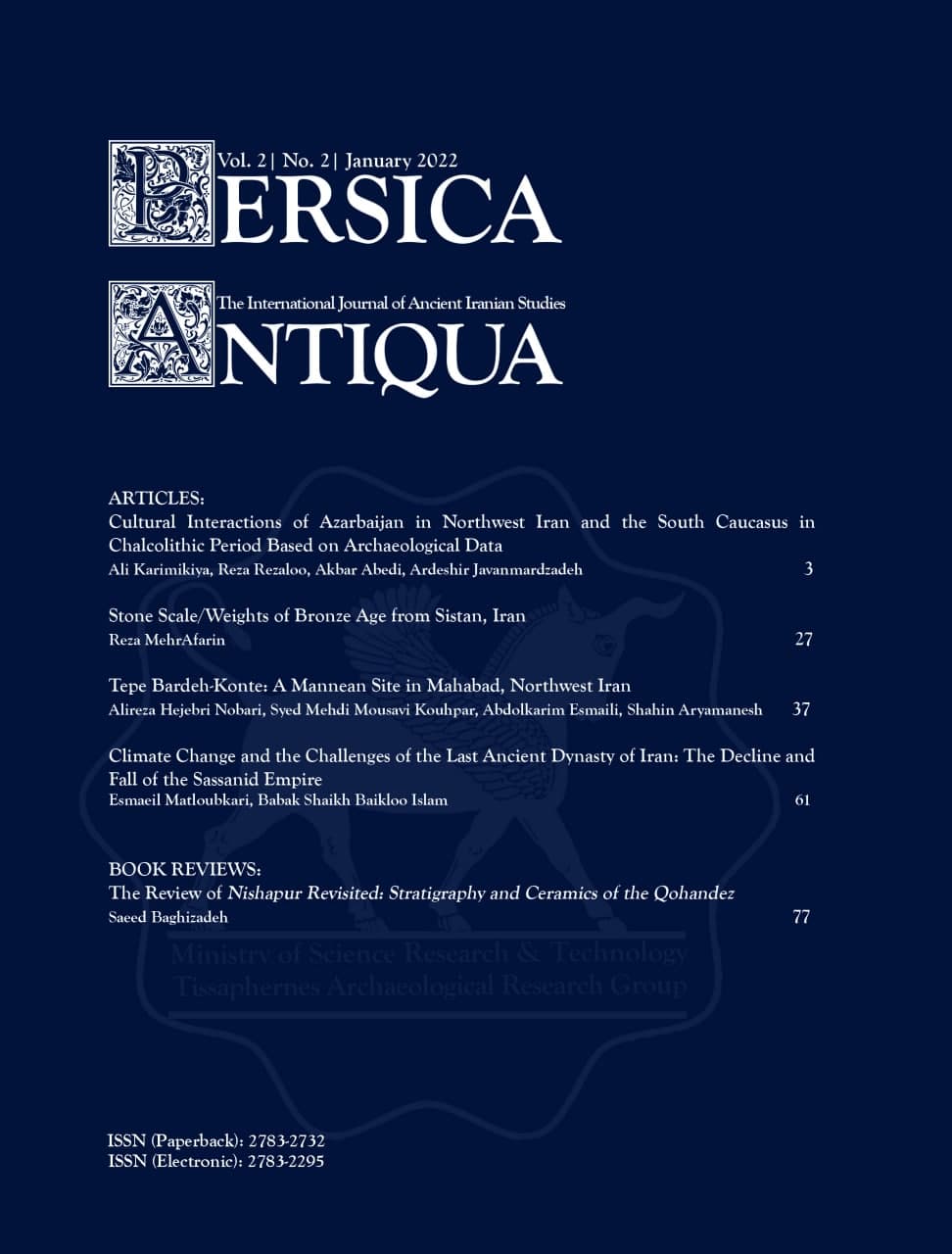